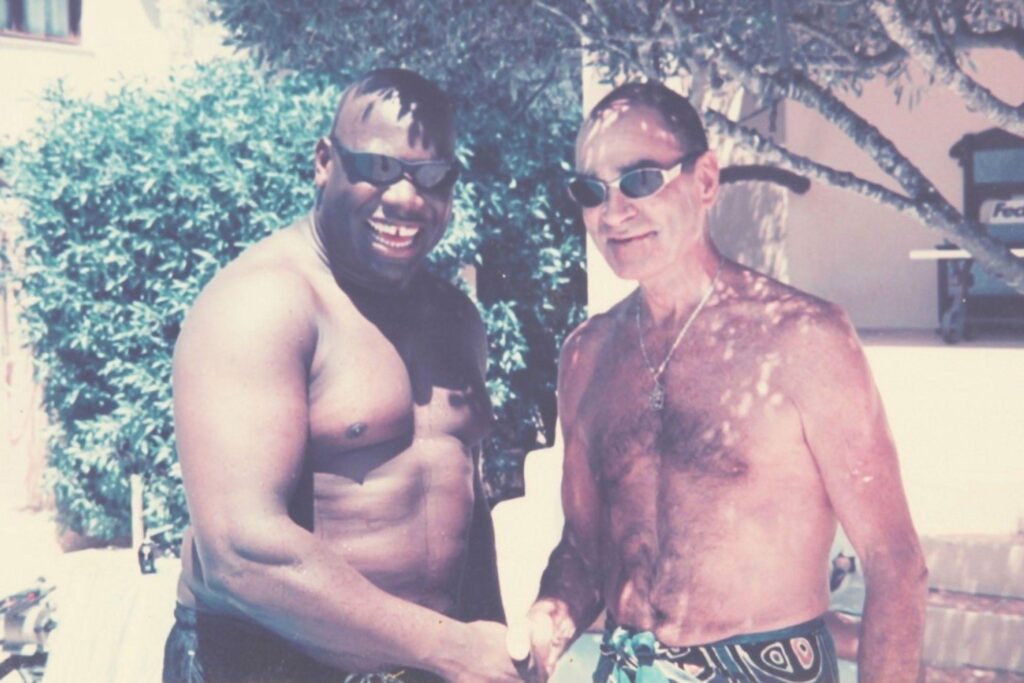 TONY PIKE’S HEDONISTIC LIFESTYLE MADE HIM AN IBIZA LEGEND

Tony Pike has passed away but his legend – and the hotel that he founded – will live on for many years to come.

If Tony Pike had not existed. It’s doubtful whether even the best screenwriter could have written his extraordinary life into being. With his luxurious moustache and reputation with women. Pike often seemed more like a phantasmagorical Peter Sellers creation than a flesh-and-blood person. But exist he did; Just ask the more than three thousand women he claimed to have slept with, Grace Jones among their number. His hotel, Pikes, in Ibiza; has also left an indelible mark on the culture of the island and rubber-stamped its claims for excess and hedonism. Both of which Tony lived for.

Tony Pike was born in Hertfordshire on February 22, 1934. Bullied as a child by an elder brother. Pike left home at 13 and was sailing around the world as a merchant seaman by the time he was 15. He became a naturalised Australian citizen and the first three of his five marriages were to Australian women (he was first married as a teenager). Like another Australian; the actor Errol Flynn, Pike always had a taste for adventure (and occasionally, danger) and during a round-the-world trip on a yacht, Gypsy. Pike was shipwrecked off the coast of Haiti with his then girlfriend Robyn Fairfax-Ross. The pair vowed to marry if they were rescued alive. After three days adrift on a life raft; they got lucky and were rescued by a passing cruise ship and married in Miami Beach shortly after.

Pike eventually found himself arriving in Ibiza on the recommendation of an Australian buddy Pete Middleton. He arrived on June 1, 1978 and never left. He bought a derelict finca with no running water, sanitation or electricity for 6m pesetas (approx. £32,000) the following year and Pikes Hotel opened on July 4, 1980; with two rooms and food so bad (cooked by Pike) that he couldn’t charge for it. Alongside his wife Lynn and two sons, Pike built most of the hotel himself (frequently without planning permission).

The making of the hotel’s reputation came with a stroke of luck when it was used as the location for Wham!’s Club Tropicana video, in which a ‘barman’ credit is afforded to one Tony Pike. In September 1987, it further cemented its reputation as the lodestone for the island’s excesses when Pikes hosted Freddie Mercury’s 41st birthday party. A lavish affair for 500 guests that included boxer Nigel Benn, Boy George, Jon Bon Jovi, Spandau Ballet and Tony Curtis, among the many luminaries. When asked about the budget, Freddie replied, “Oh do fuck off, Pike. I want the works and I want it to be remembered for years to come.” Over the course of the evening, the waiters opened 350 bottles of Moët & Chandon and the firework display could be seen 16km away in Majorca. Freddie got his wish.

On February 16 1998, his son Anthony was murdered after arriving into Miami to discuss a deal to sell Pike’s Hotel. An Italian national Enrico Forte was eventually convicted of his murder in June 2000 (Forti has always denied his involvement in the shooting). Pike eventually sold Pikes Hotel to former Manumission duo Andy McKay and Dawn Hindle of Ibiza Rocks; allegedly to pay for another divorce. Even after the hotel was sold, Tony was a permanent fixture on the premises, continuing to live in room no. 25.

Tony Pike’s attitude towards women divided opinion and he appeared as a throwback to a different era in which women were ‘dolly birds’ and game for having their bottoms slapped. He was certainly more Carry On Ibiza than sexual liberation. As he told Ibiza blogger Danny Kay, with more than a hint of Swiss Tony: “When I am with a woman, it’s at the point of climax where I make the unique connection that allows them to fall in love with me…. I guess it’s a gift I possess.”

When Alfredo’s life-changing all-night sets at Amnesia ushered in the acid house era on the island; Pikes was perfectly placed for the party to carry on when everything else had closed (or collapsed). It was the de facto headquarters for many DJs; a good night’s sleep was for lightweights. In more recent years, a series of skilfully-programmed evenings by former We Love doyens Mark and Sarah Broadbent saw the introduction of Mercury Rising, a season of parties featuring DJ Harvey and friends; further cementing Pikes position at the very apex of high-class Ibicencan clubbing.

In 2014, in an interview with Oi Polloi, Tony Pike said “I don’t want it to end. I want to live a few more years.” Tony Pike got his wish.

Mr Pikes: The Story Behind The Ibiza Legend